Innovation. Whether you’re watching a recent TED talk or looking up Forbes’ 30 under 30, innovation is a word that will come up over and over again. But as it turns out, it’s not just a buzzword. The likes of Snapchat, who claim to reach a mammoth 41% of all 18-25 year-olds in the U.S. daily, have seen huge gains from coming up with and harnessing, that one bright idea. 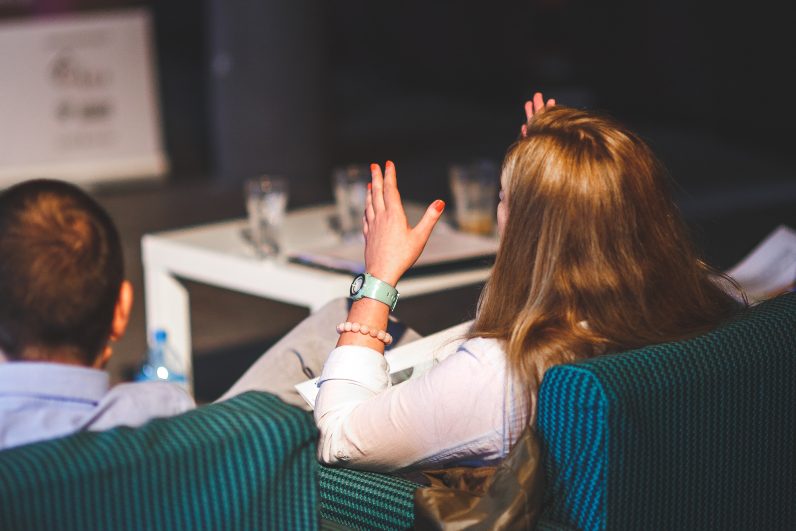 So we know that creative thinking within startups and companies is leading to growth. The questions is – how can you create an environment in which any single member of your team could come up with the next winning concept?

We’ve looked at a bunch of studies, and included a hint of personal experience, to collate three proven creative leadership methods. Try these three techniques in your company to promote and sustain creativity in your team:

1. Set up a Team Experiment

To create an environment where everyone’s ideas feel welcome, companies should take a leaf out of science’s book.

Belle Beth Cooper, productivity expert, believes that by viewing work in a more scientific way, and conducting ideas as experiments, we stand to learn a great deal:

“A scientist hasn’t failed in their work if their hypothesis turns out to be incorrect. Rather, all they have to do to succeed in their work is run the experiment and collect data. That data helps them form new hypotheses and run further experiments.

Compare this to the average approach to work. There’ll usually be a clear aim in mind and not a great deal of scientific process when it comes to getting the work submitted by a deadline. You either do the work well or not, and turn it in on time, or not.”

Buckminster Fuller tried and tested the experimental approach, back in the 1930s. By viewing every professional and personal decision as a micro-experiment, Fuller was able to turn his life around. He transformed from being on the brink of despair to becoming a famous writer, inventor, and designer of the architectural structures he’s remembered for today.

You can apply this approach in your leadership too.

To increase ideation, show your team that ideas are not only welcome but will be tried out as experiments. Your team will feel more confident to contribute ideas knowing that suggestions won’t succeed or fail, but will simply be proved or disproved, like a hypothesis. Either way, the company will stand to learn, develop and grow.

At MeisterLabs, we’ve experimented with a bunch of different methods in our office and company culture, to see what would boost our collaboration and creativity. Some have succeeded (yogi Mondays and Fridays in the office) and some we decided to scrap (not-so-hot-desking Wednesdays).

We’ll be running a series of articles soon to talk through these company culture experiments but our MeisterLabs experiments don’t stop there. We also like to experiment with our products – it’s in our name after all.

As Michael Kranner, MeisterLabs’ own Growth guy, shared with us on the FOCUS blog previously, our MeisterLabs growth team is the link between product development and marketing.

However, product experiments extend outside of just the growth team. This year, the MeisterLabs team are running a competition where every team member is invited to propose a ‘growth experiment’ (or multiple) for either MindMeister or MeisterTask. Whoever comes up with the winning experiment will be awarded a trip to New York, on the company.

The aim of the competition is to actively invite all employees, not just the growth team, to take the creative steering wheel. In turn, the company has come together to really be creative with how we think the products could be improved. Everyone’s suggestions are welcomed and appreciated, regardless of where in the company they’ve come from. What’s more, there are no failures, as every idea is a growth experiment, from which the team can learn.

Launch an idea competition in your office. Try asking non-marketing team members to come up with new taglines or customer support staff for ideas on how they think the homepage could be improved. Your next growth hack could be right on your doorstep.

2. Inspire Your Team with Humility

As MeisterLabs’ CEO, Michael Hollauf, wrote recently for Entrepreneur, our expectation that leaders should fill a room with self-importance and confidence, might actually be wrong.

A study from the University of Aveiro in Portugal revealed, humble leaders actually make their teams more creative. The research team found that when team members considered their boss to be a humble leader, they felt psychologically safer. This, in turn, increased their “psychological capital”. These are the feelings of hope, optimism and resilience, which team members need to experience so they can perform at their peak. Data showed that when ‘psycap’ rises, teams become more creative.

“This capacity is especially relevant for leaders seeking to engender change. Dialectical processes are exemplified in cases such as Apple where leaders have devised a means to replace an existing order with a new one…A major source of contradiction in business is the need for the individual ego to assert itself and for the organization to contain egoism.”

So Clegg, Pina e Cunha and Rego, of the University of Aveiro, recommend that for companies to enjoy the success of innovators like Apple, they should first look at their own leadership. By aiming to control personal egos, the study claims that companies stand to achieve a great deal. 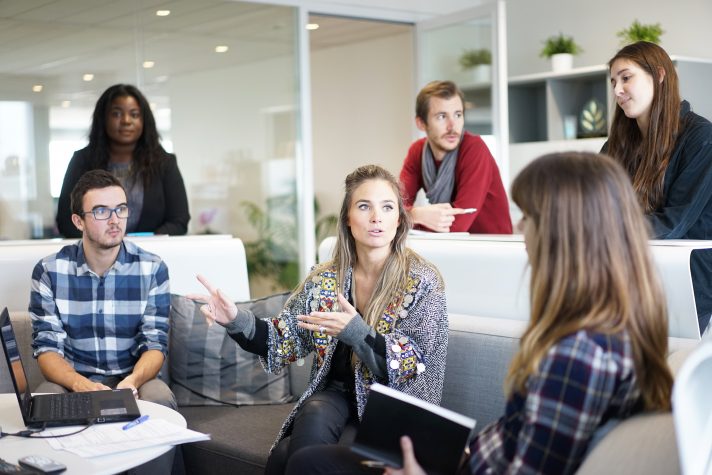 How to try this with your team

If you feel humility is not yet a leadership forte at your company, don’t despair. You can turn to your team for help.

Ingvar Kamprad, founder of IKEA, draws on employee ideas to remain humble. What’s more, Kamprad takes these ideas seriously, no matter where they originate in the corporate organization chart. Kamprad once suggested: “the work floor is the best university”. He’s also known for telling people he doesn’t know everything and “has many shortcomings.”

What’s the result? IKEA is booming and Ingvar Kamprad is said to have a net worth of more than $33 billion. Interestingly, Kamprad still flies economy. Successful but still humble.

Follow the lead of famously humble IKEA founder, Ingvar Kamprad. Get out there and chat to your team at every level of the company, particularly the levels you wouldn’t usually interact with. You never know what ideas they might have stored.

You may well have heard about Roy Baumeister’s theory of decision fatigue.

Baumeister’s study found that having too much free-range, and specifically too much choice, leaves people mentally depleted and unable to choose wisely. Testing Baumeister’s findings, Johnathan Levav found that as decision fatigue begins to set in, people stop making decisions based on quality and instead go for the default option.

In other words, Levav found that when provided with too much freedom, people within the study were actually taking the less creative decisions.

We can recognize decision fatigue in creative workplaces too. When pushing for creativity, giving employees a completely blank slate, with no constraints, can backfire.

At FOCUS, we recently sat down with Wouter Zwarekant, Creative Director of the Dutch digital agency, We Brand Creative, to discuss how they successfully manage their creative projects.

We Brand Creative handle concepts, strategies, designs and development, and do all of it in-house. As a result, creativity is absolutely central to their workflow.

“Our team began small and this was a conscious decision. We’re a young team working in an informal, creative and open-minded atmosphere.”

Wouter explains that the working environment was perfect for creative drive. Team members were able to bounce ideas off of one another and there was never any confusion over task division or deadlines. Wouter could simply lean across the table and ask about a project’s status.

However, as their creative drive and market niche began to pay dividends, this informal working process soon became hectic:

“Due to a combination of this relaxed attitude and our steady growth, we gradually lost the ability to keep track of all of our projects.” Wouter decided that in order to meet project deadlines, without crushing team creativity by micro-managing, they needed to set out some basic boundaries within their creative projects:

“We know from experience that creative projects can often overrun so we started looking for a project management solution. MeisterTask allows us to make to-do lists for every project element. All team members are able to view deadlines, set roles and track progression, via the shared project dashboards. With these parameters in place, we became much better placed to stay focused and work towards a great final product.”

We Brand Creative’s efforts have pulled off. The creative agency is thriving, delivering concurrent projects to a high standard, ahead of the deadline and on budget. All while still retaining the secret sauce that got them to where they are today: creativity.

To prevent decision fatigue and promote creativity, try using a transparent task management tool. With MeisterTask you can keep team members in the loop with project parameters, without crushing creativity by micromanaging.

Whether you’re a small company aiming to direct team creativity or a large enterprise looking to shake up structures, there are a few different leadership hacks teams can use to spark new ideas and sustain team creativity long term:

So those are our three tips for creative leadership. If you have any tips of your own, comments or questions, as always, reach out in the comments below!