There’s a war going on. A war for IT talent — and the prize… developers. Tech companies the world over are battling it out to attract talented programmers. The competition is stiff. So a little creativity is needed in order to attract the largest number of applicants. Companies have now started using a secret not so secret weapon, and that is using more innovative and “out-of-the-box” employer branding initiatives. But what is employer branding and why is it relevant for tech companies when it comes to recruiting developers?

Employer branding, or EB for short, is “a company’s ability to differentiate and promote (its) identity to a defined group of candidates that they’re interested in hiring”. In a nutshell, it helps differentiate and position a company in the eyes of potential candidates, and that’s why it’s relevant for HR strategies. But how do companies do this? And, are there any interesting tactics out there?

Companies like Microsoft, Google and Cisco, big players, have been iconized as employer branding role models by many HR blogs. This is because of the amount of effort they put into establishing attractive employer branding strategies — ranging from their creative use of social media to diverse, original ads and initiatives. However,  their tricks and techniques may not be the best way forward for smaller companies, who often don’t have the amount of resources to pull such campaigns off successfully and continuously. So what can SMEs do to compete or level the playing field?

We’ve looked at five Viennese SMEs in an attempt to answer this question. Here are a few strategies that they use to set themselves apart from their competition in the employer branding war:

kununu is Europe’s largest employer review platform and the only professional provider that specializes in employer reviews and feedback. They strongly believe that there are three key elements that companies need to leverage to attract prospective employees: the managers, the team and the tech stack. kununu makes a point of highlighting its tech stack (i.e. the technology the company is working with), team and the managers in charge of leading teams. They do this through the clever use of Instagram takeovers:

“Instagram transports our message, what kununu is about and its product focus; but we also use it to talk about kununu as an employer (…). So we have those so-called Instagram takeovers, where one department shares insights relating to their day-to-day work.”

ready2order is a company that offers cloud-based point-of-sale solutions. Even though they’re relatively new, they, too, use  employer branding strategies to attract IT talents, and their strategy is genius. They have a sought-after developer working for them. Said developer also happens to have a large Twitter following. So what have they done? They’ve turned him into a company ambassador. His tweets and constant mentioning of ready2order has had real results in the IT talent war:

“We’ve received so many applicants through Twitter because (he) is so active on Twitter. He is really good in his field and people would really love to work with him.”

willhaben (literally translates into “want to have” in English) is Austria’s largest e-marketplace.  What makes them truly unique is their strong corporate culture and the positive effect it’s had on their recruitment process. They’ve created a positive working environment that’s encouraged employees as well as externals (who’ve heard about willhaben’s good reputation as an employer) to tell their friends about willhaben career opportunities. It’s worked so well “that about a quarter of the employees hired (35%) were candidates that applied because of an employee referral or a third party referral.” 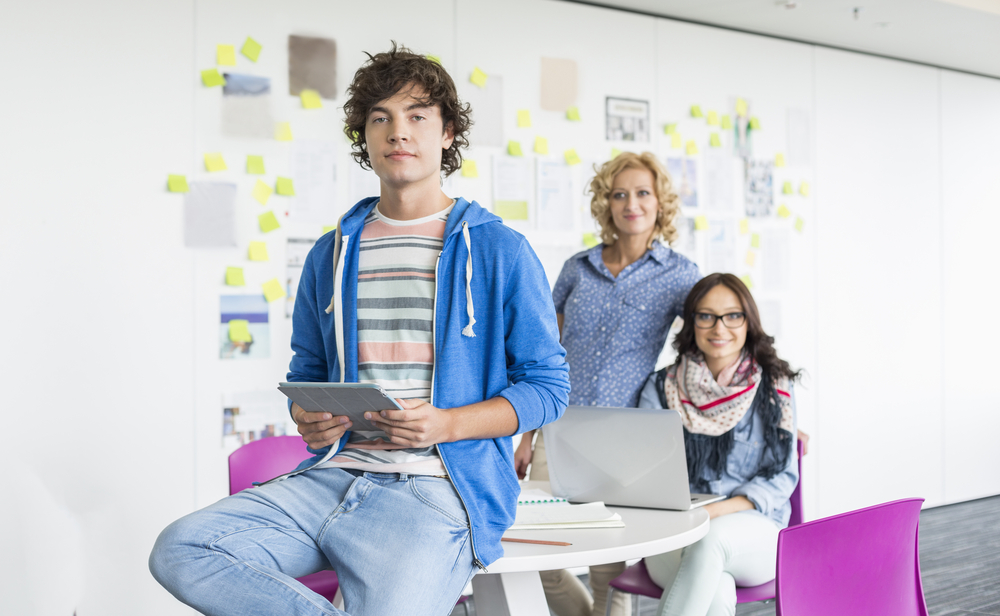 ovos is an Austrian company that offers training tools and specializes in gamification. Their strategy to set themselves apart in terms of employee branding is through offering internships. Technical university students often have to do mandatory internships in order to complete their studies. ovos welcomes them. ovos says that “internships offer an opportunity for the company to get to know the developer and to work with him/her”. There is a mutual benefit because the interns also gain insight into the company and learn about the possible career trajectories. “We’ve had a number of developers who did their internships at our company and liked it a lot. When they finished their studies they called us and asked if we had a job for them.”

5. Recruitment Based on Continuous Communication — Meister 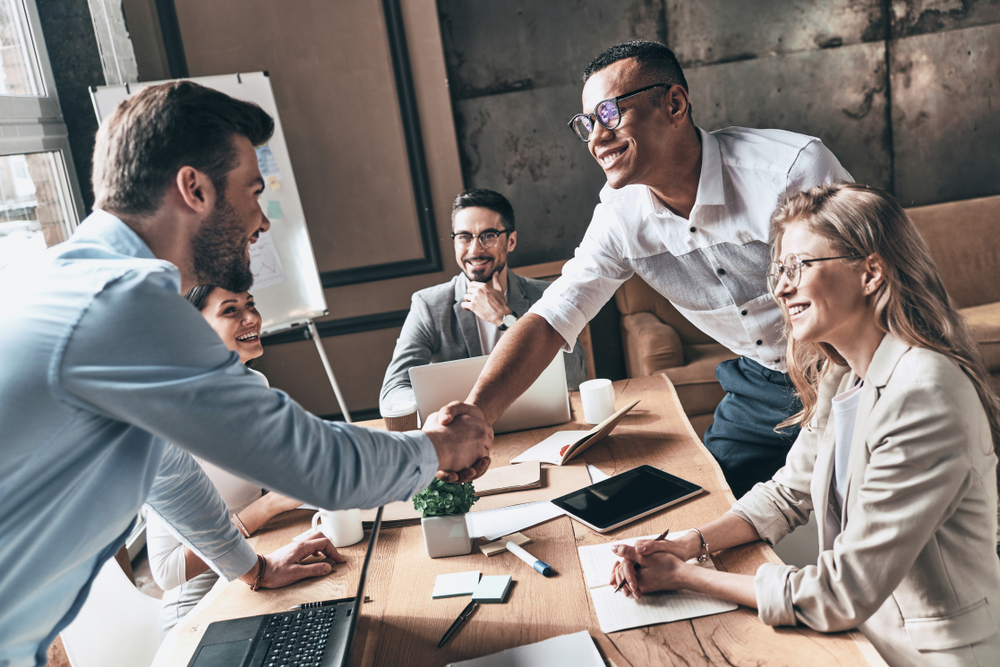 Meister is a SaaS startup that develops software tools: MindMeister and MeisterTask. Their strategy to win the employee branding war is to make sure they’ve covered all their bases when it comes to recruitment and that involves networking. Aside from hosting regular developer meetups, they also attend round-tables with their HR counterparts within the Austrian startup scene. These networks have helped them understand the startup landscape and have created the ideal platform to source talent.  There have been cases where known businesses have downsized and reached out to Meister directly about possible vacancies. Meister also makes a point of keeping track of potential candidates whose applications stood out and would be a great fit should the right position become available:

“Who doesn’t know this feeling: You see a job ad that is super interesting, you apply, you meet the team… And it’s all wonderful, but for some reason,  it’s not the right time. You decline the offer. Now imagine, the perfect time arrives a year later and guess what, the HR person from back then hasn’t forgotten you….”

And there you have it…

Five innovative and creative things that Viennese SMEs are doing in order to gain the upper hand in the IT talent war. And the good news is that you don’t necessarily have to be a big player with big resources in order to attract great talent. There are plenty of simple and inexpensive tactics you can use to attract fantastic developers for your business. So, what are you waiting for?

This article was written by a group of students currently studying international management at the Vienna University of Economics and Business. This article is a culmination of the research conducted among start-ups and SMEs in Vienna.