It’s been all hands on deck at MeisterLabs the last few months, as we’ve been implementing a bunch of new, exciting updates for both MindMeister and MeisterTask. With it being all go, we’re delighted to welcome five new team members to our Seattle and Vienna offices, bringing a breadth of experience to our MeisterLabs team 🙂 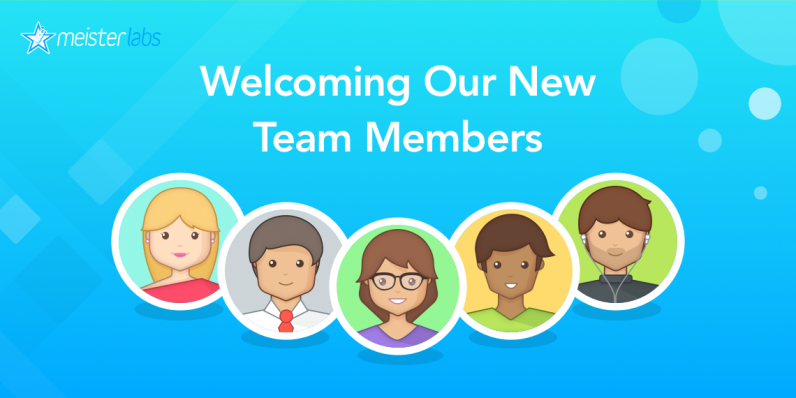 With skills spanning the realms of front and backend development, design, and support, we’re chuffed to have Tom, Seamus, Meli, Neel & Adam on board.

Here’s a little about each of them: 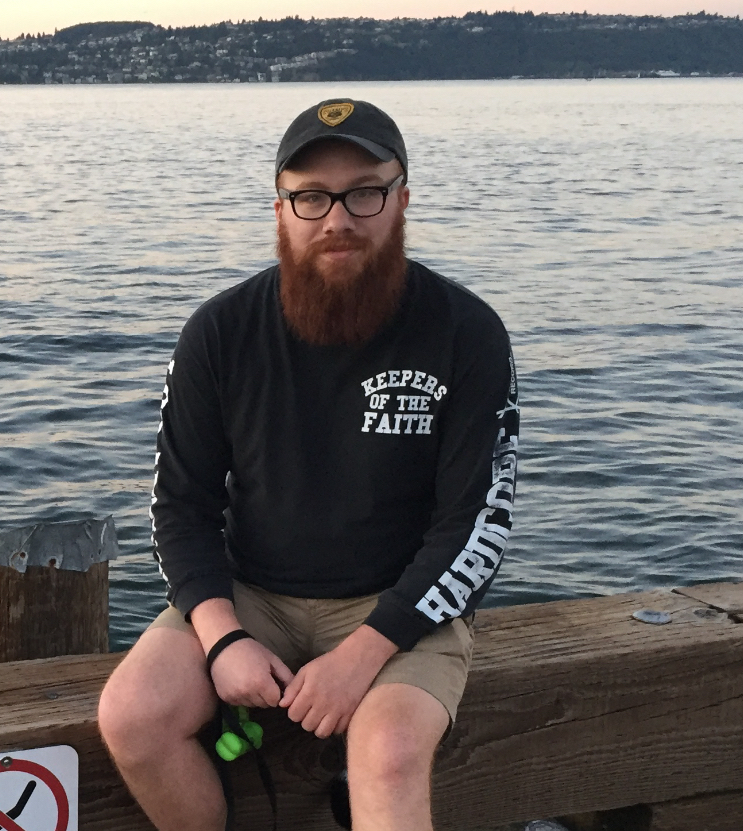 Hi there, I’m Tom, I joined the MeisterLabs team a couple of weeks ago and I’m working as a support specialist out of Seattle, WA in the USA.

I live and work in Seattle but I recently moved from Detroit, Michigan (the state that’s shaped like a mitten). Before joining MeisterLabs, I did quite a few different things – after college, I worked as a freelance photojournalist covering sports, both professional and college, as well as musical groups, which involved touring the country, doing photo and video work at shows and documenting day to day tour life. About a year and a half ago, I started learning web development, which I then worked in freelance. Most recently, I worked at the Genius Bar at an Apple Store here in Washington, supporting customers.

As a support specialist, I handle part of the help desk ticketing system that takes queries from our users when they have questions, concerns or problems that need fixing. I work in tandem with the development team to relay user issues and implement strategies to fix them. I like the work because I like to solve problems and love the satisfaction when I can help a user come away from an experience feeling like they were heard and their issue was taken care of, no matter how big or how small it was.

Outside of work, I like to hang out with my dog, Nightmare and my girlfriend, Kristin. I’m a hardcore gamer, mostly playing competitive games like League of Legends, Overwatch, and Player Unknown Battlegrounds, but occasionally return to my roots of Call of Duty when I just wanna mess around with some old friends. In addition to games and dog and girlfriend, I love professional wrestling, good beer, and pizza. 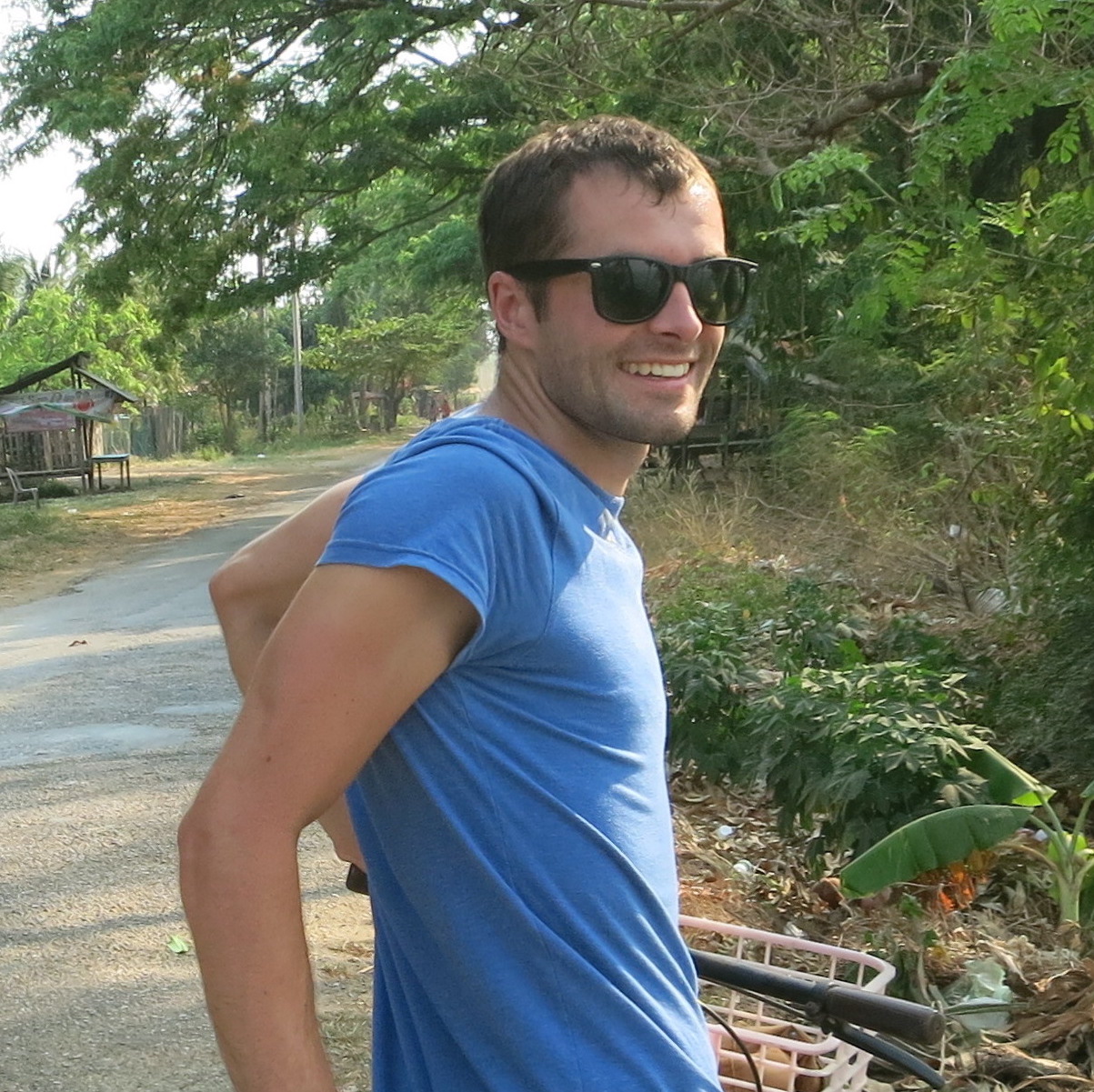 Hi there, I’m Seamus and I’m working as a Frontend Developer in MeisterLabs’ Vienna office.

I grew up in rural Ireland and studied Mathematics at the University of Limerick. After graduating, I moved to Vienna and took an Analyst role with the Austrian Power Grid. It was there that I was introduced to Software Development and decided to pursue it professionally. After a year working in Dublin as a Software Developer with Guy Carpenter, I moved back to Vienna again and joined the MeisterLabs team.

My main role is to advance the development of our mind mapping tool, MindMeister. I strive to develop intuitive and well-structured software using appropriate tools, in order to create an experience where all aspects are considered.

When I get the chance, I love to get outdoors and get active, whether that’s a quick bouldering session, trying to surf a few waves near my hometown in Ireland or a weekend skiing in the Alps. I also enjoy hanging out with friends, cooking and experiencing new parts of the world. 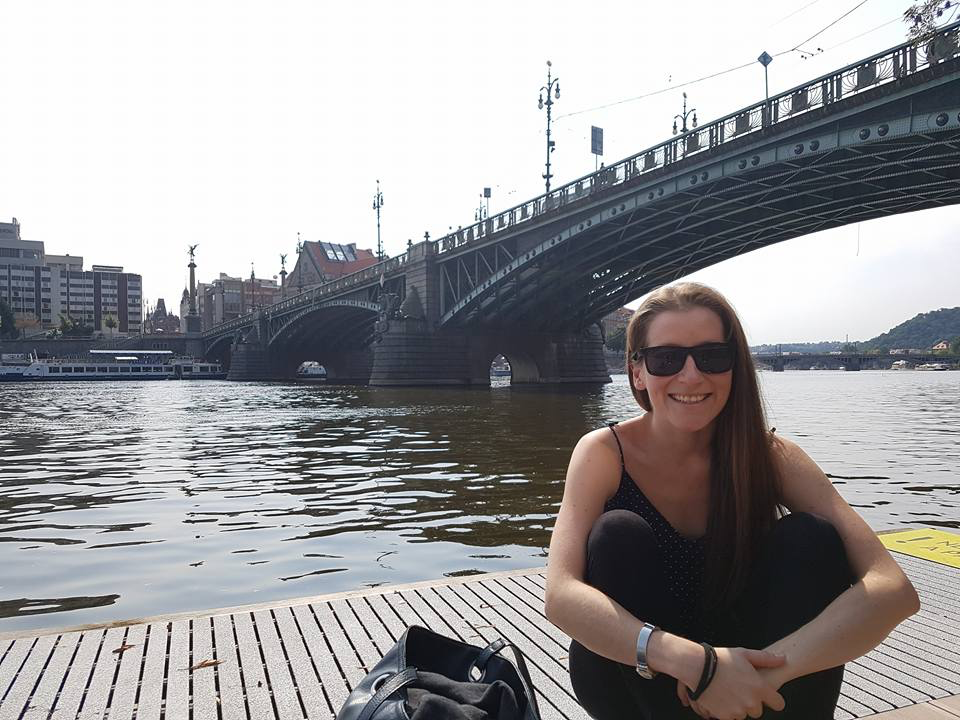 Hi there, I’m Meli and I’m working as a Support Specialist in MeisterLabs’ Vienna office.

I’m originally from Costa Rica but have lived in Europe now for over 16 years. I went to school in Vienna, before moving to the UK to go to university. Since graduating, I’ve been moving through Europe, trying out different jobs and different cities, before finally settling with Technical Support back home in Austria, formerly in Linz and now in Vienna.

As a support specialist, I’ve joined MeisterLabs’ technical support team, based in the head office in Vienna. My interest in support stems from a love of troubleshooting – it’s like a puzzle that allows me to find a solution for both us and our users. I also like being the connection between the company and the outside world, balancing both of our interests.

I love watching movies and shows and being a huge couch potato, but I also really enjoy coding and am always trying to teach myself new programming languages. It’s so satisfying to be able to build incredible things from just some code on my screen! 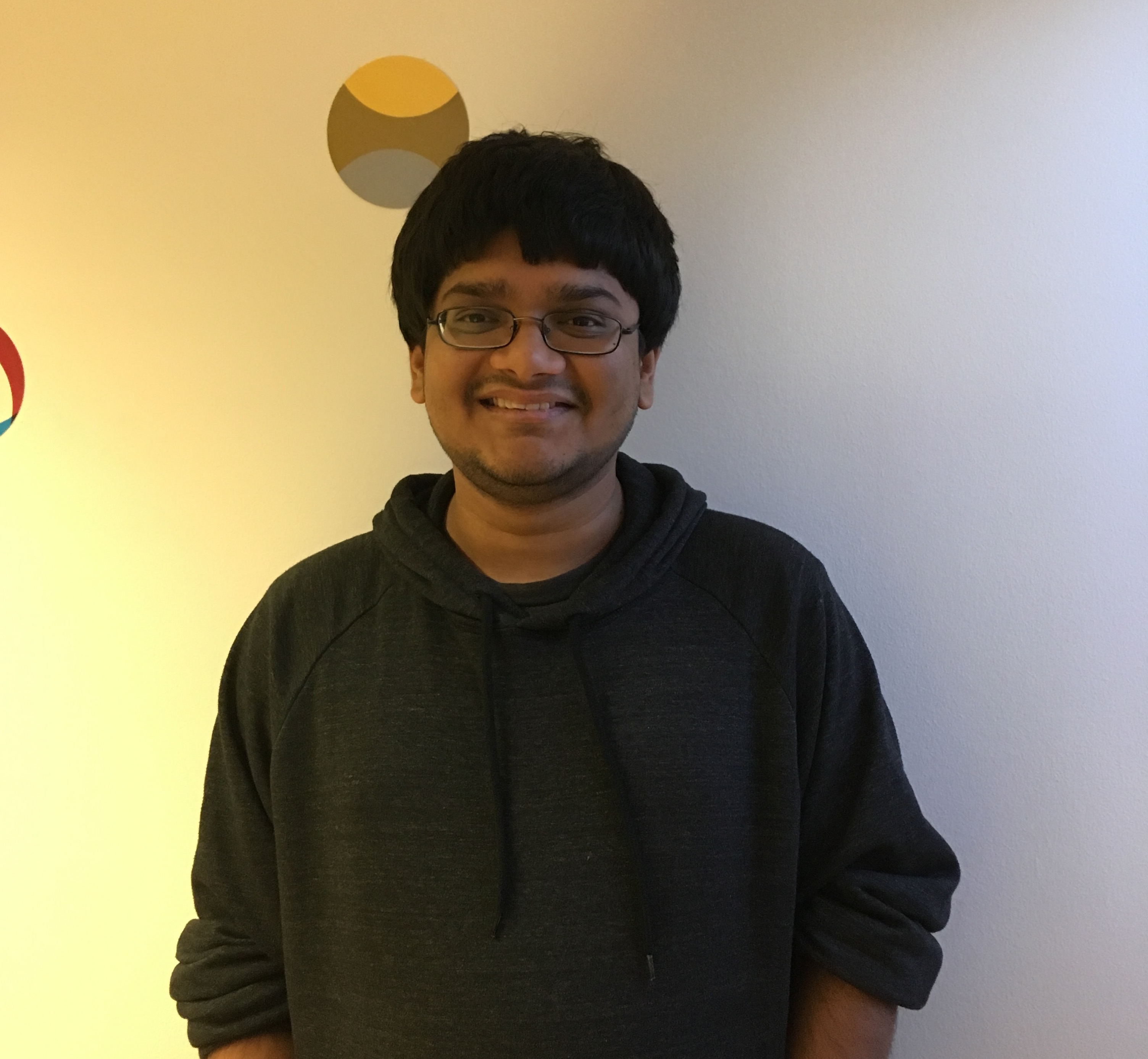 Hi there, I’m Neel and I’m working as a Backend Developer in MeisterLabs’ Vienna office.

I’m Indian by origin and moved to Vienna around 4 years ago. By training, I’m an Electrical Engineer / Computer Scientist, though I’ve been working on software since leaving academia a couple of years ago. My last stint was as a Full Stack Developer at Pioneers.io, building foundational infrastructure for scaling their events with a matchmaking and meeting allocation system.

At MeisterLabs, my role will be mostly as a backend programmer, though I can also take up some UI work if need be. The fact that MindMeister has been around for over 10 years and has an extensive user-base is definitely appealing, since I’m sure this will translate to a challenging and interesting set of engineering problems.

I read a lot, mostly literature. My current fascination is Alchemy and Jewish Mysticism and more generally the history of occult movements. I enjoy the occasional long weekend walk and spend an unhealthy amount of time in smoky Viennese Cafés. 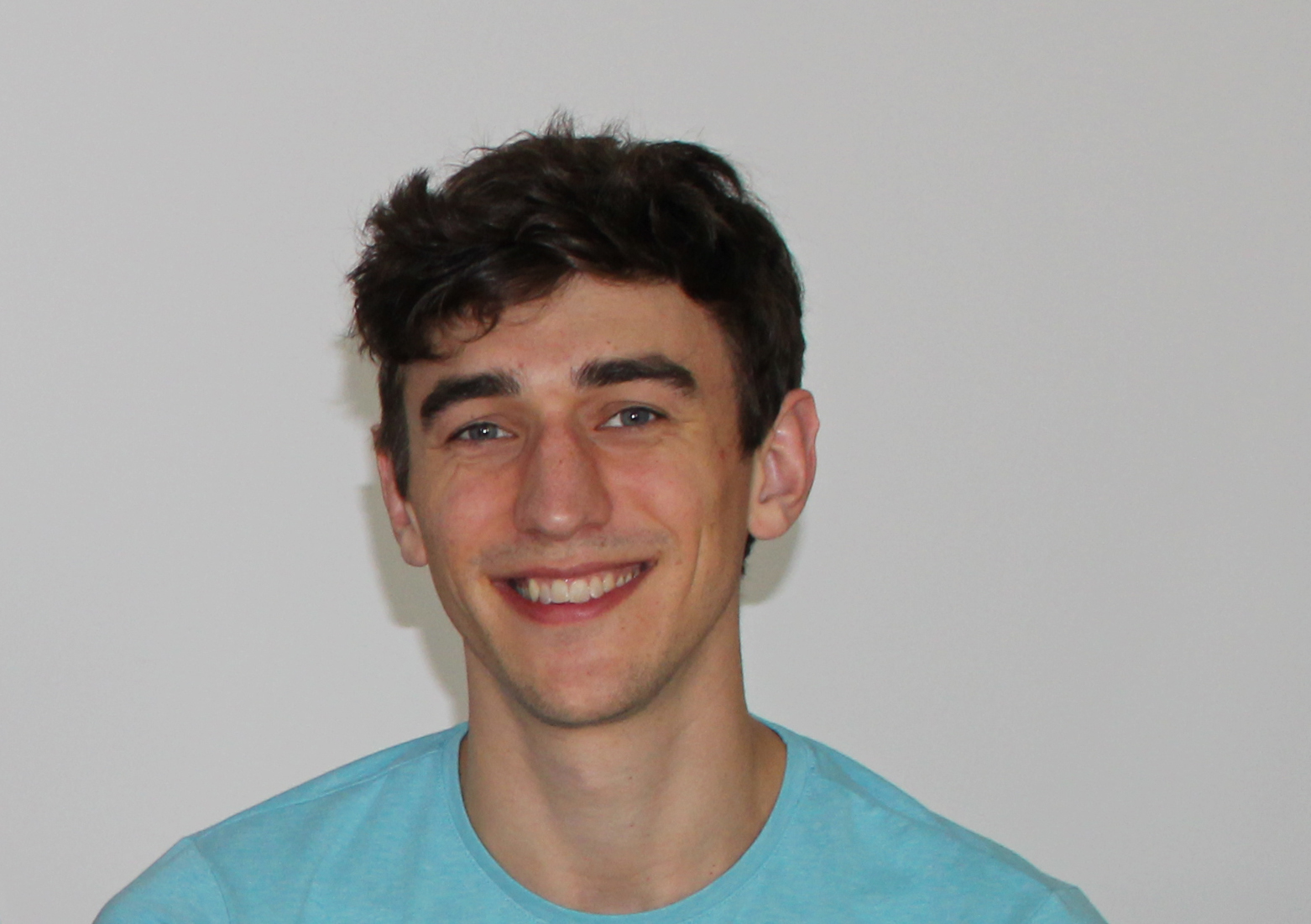 I’m Adam and I’m working as a UI and UX Designer in MeisterLabs’ Vienna office.

I’m a designer from Ireland who moved to Vienna 7 years ago. My background is in Industrial Design but I found my interests shifting away from physical products and towards digital products. Prior to joining MeisterLabs, I spent 5 years leading UX Design at a mobile payment startup.

As UI/UX Designer at MeisterLabs, I work with both the MindMeister and MeisterTask teams, while also providing graphic design for the Marketing team. What I love about this role so far is the wide array of different projects I have the opportunity to work on daily. In any one day, I could be designing image assets for an app, working on website wireframes, creating an illustration for a blog post or discussing new features with management and developers. I love to have feedback and input from as many different sources as possible and I find the atmosphere at MeisterLabs promotes collaborative teamwork really well.

In my spare time, when I’m not hanging out with my awesome daughter, I like to play squash, darts and in the winter time, ski. To keep my creative juices flowing, I like to work on personal projects, such as illustration and creative writing.

We’re delighted to have Tom, Seamus, Meli, Neel & Adam on board!

There’s still space in our bustling offices in Vienna and the U.S. though. Check out our jobs page to find out the positions we’re hiring for.

If you don’t see an opening that fits, get in touch via [email protected] to let us know where you see yourself on our team!