As a Wunderlist alternative, MeisterTask has everything you need to manage your tasks and get productive alone or with your team. And with our brand new Wunderlist import feature, moving all your existing data over to MeisterTask is now a breeze. What are you waiting for? 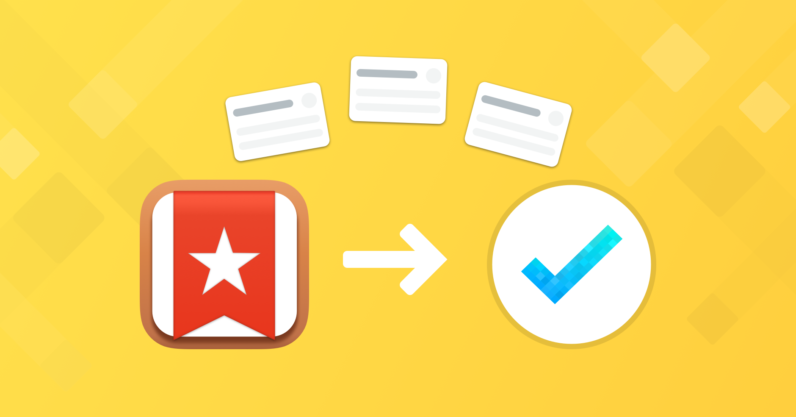 Wunderlist is being retired. Already the 6Wunderkinder team has stopped releasing updates and bug fixes, and it won’t be long before the app will shut down completely. Ever since Microsoft announced that it would discontinue Wunderlist in favor of its new app “To-Do”, Wunderlist users have been looking for suitable alternatives. MeisterTask has been at the top of the list for many – the only thing missing was a direct import option that would make the switch from Wunderlist to MeisterTask quick and painless.

We’re happy to announce that a direct Wunderlist import is now available, allowing you to move all your existing lists, tasks and subtasks into MeisterTask in a matter of seconds! Here’s how it works:

How to Move Lists and Tasks from Wunderlist to MeisterTask

Step 2: Open your Wunderlist account. Click on your user avatar in the upper left corner of the screen and select Account Settings from the dropdown menu. 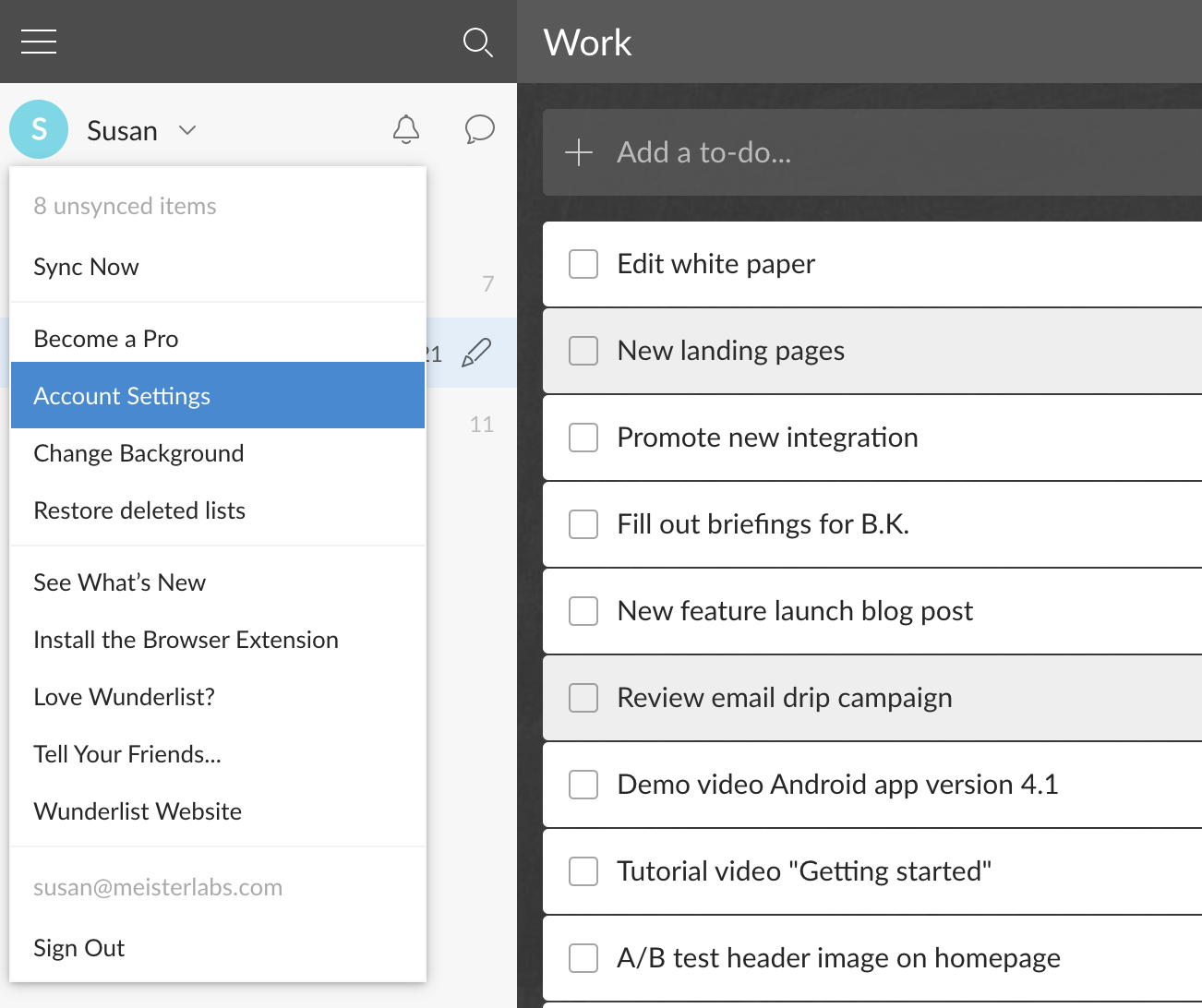 Step 3: In your Account Settings, click on Create Backup. After your data has been fetched, click on the same button again to download the JSON file that includes all of your lists, tasks and subtasks. 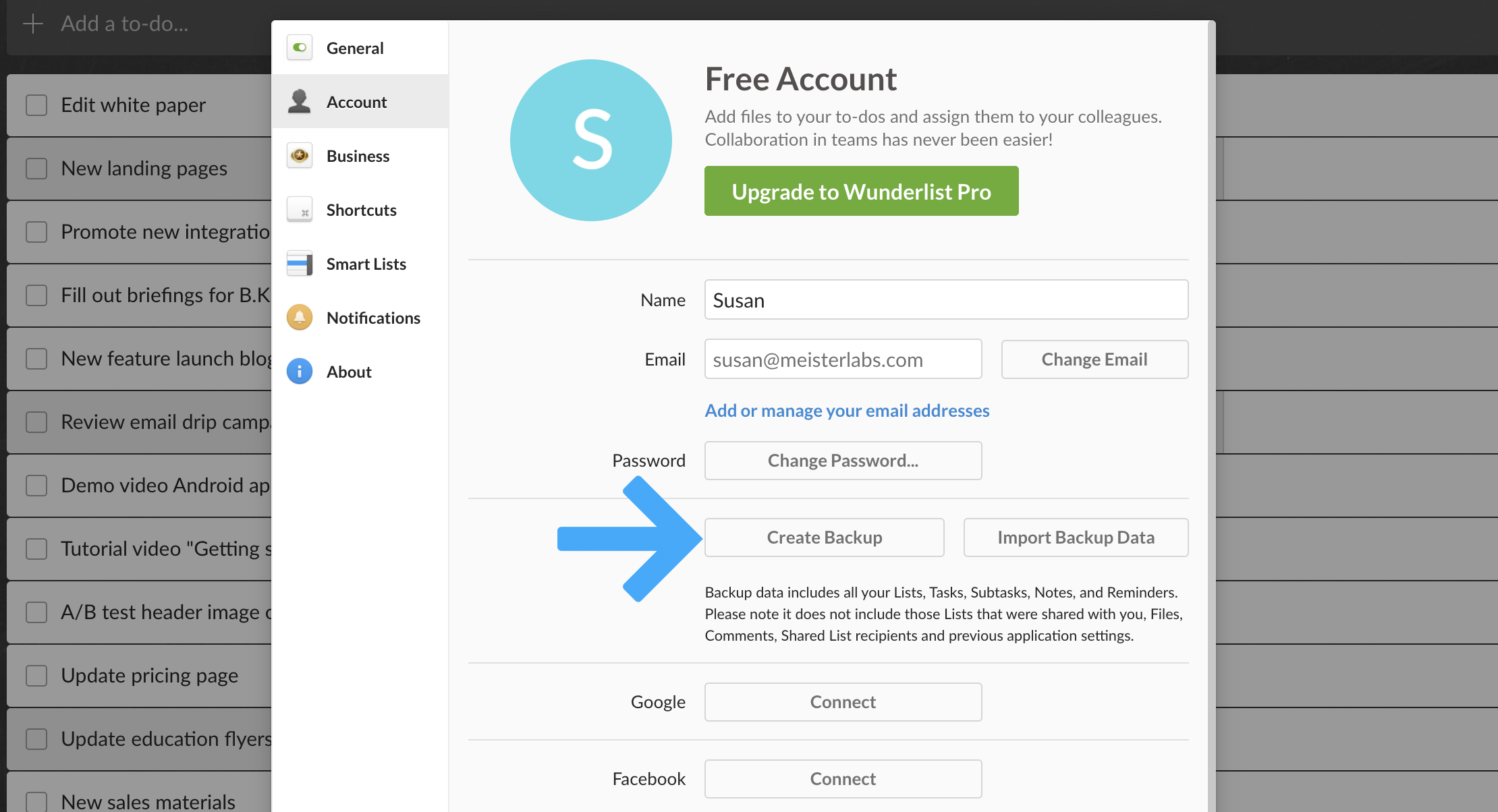 Please note that Wunderlist doesn’t include comments or file attachments in its exports, therefore those will also not be transferred to MeisterTask.

Step 4: Open the MeisterTask dashboard in the web app or in one of our desktop apps. Click on the ellipsis at the bottom-left corner of the screen and select Import from Wunderlist… 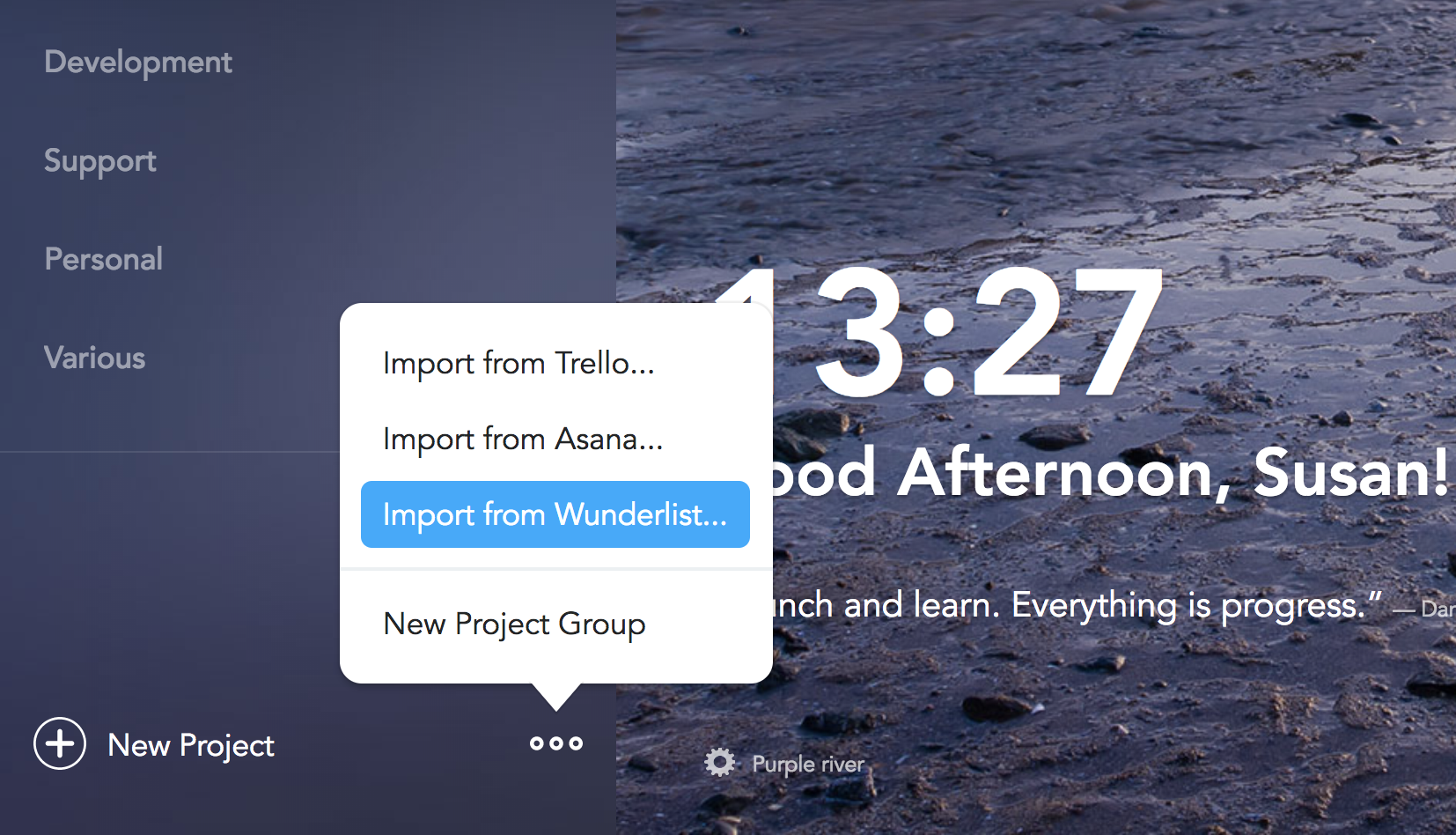 Step 5: In the dialog that opens, choose the exported JSON file from your hard drive and click Continue. Depending on how many lists and tasks are saved in the file, the import may take a few moments.

Step 6: Once the import is completed, you will find a new project called “Imported from Wunderlist” in your project list. Click on the project to open it and view all your imported tasks. 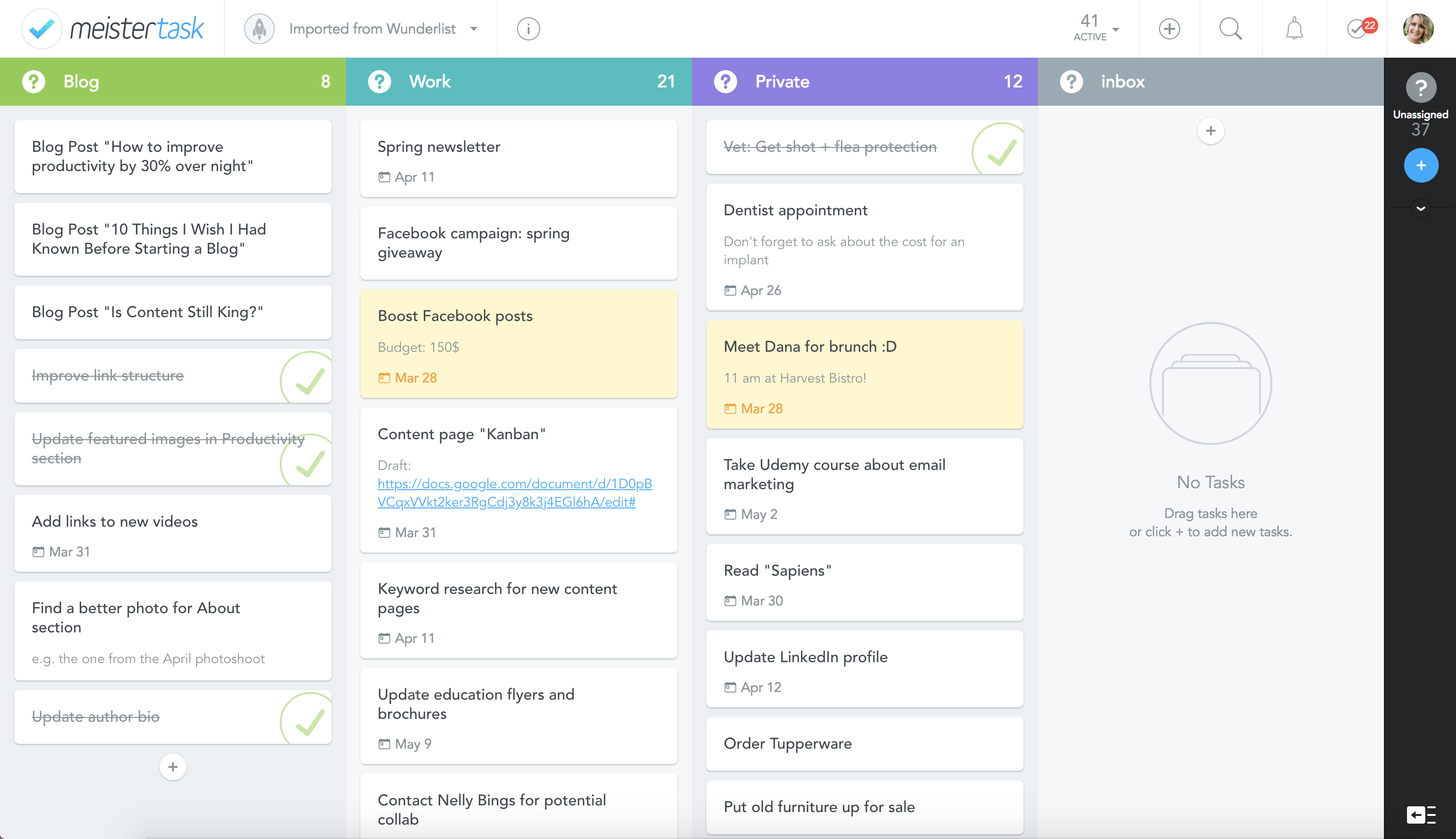 Each section in the project represents a list from your old Wunderlist account. If you want, you can keep the project as it is and simply manage all of your tasks in this single board. However, you’ll probably find it more convenient to create a separate project for each of your lists. Here’s how to do this:

Step 7: Click on the MeisterTask logo in the top-left corner of the project board to go back to MeisterTask’s dashboard. At the bottom of the project list, click on New Project. Type in a name, then click on Create Project. The new project will appear right below the Wunderlist project. 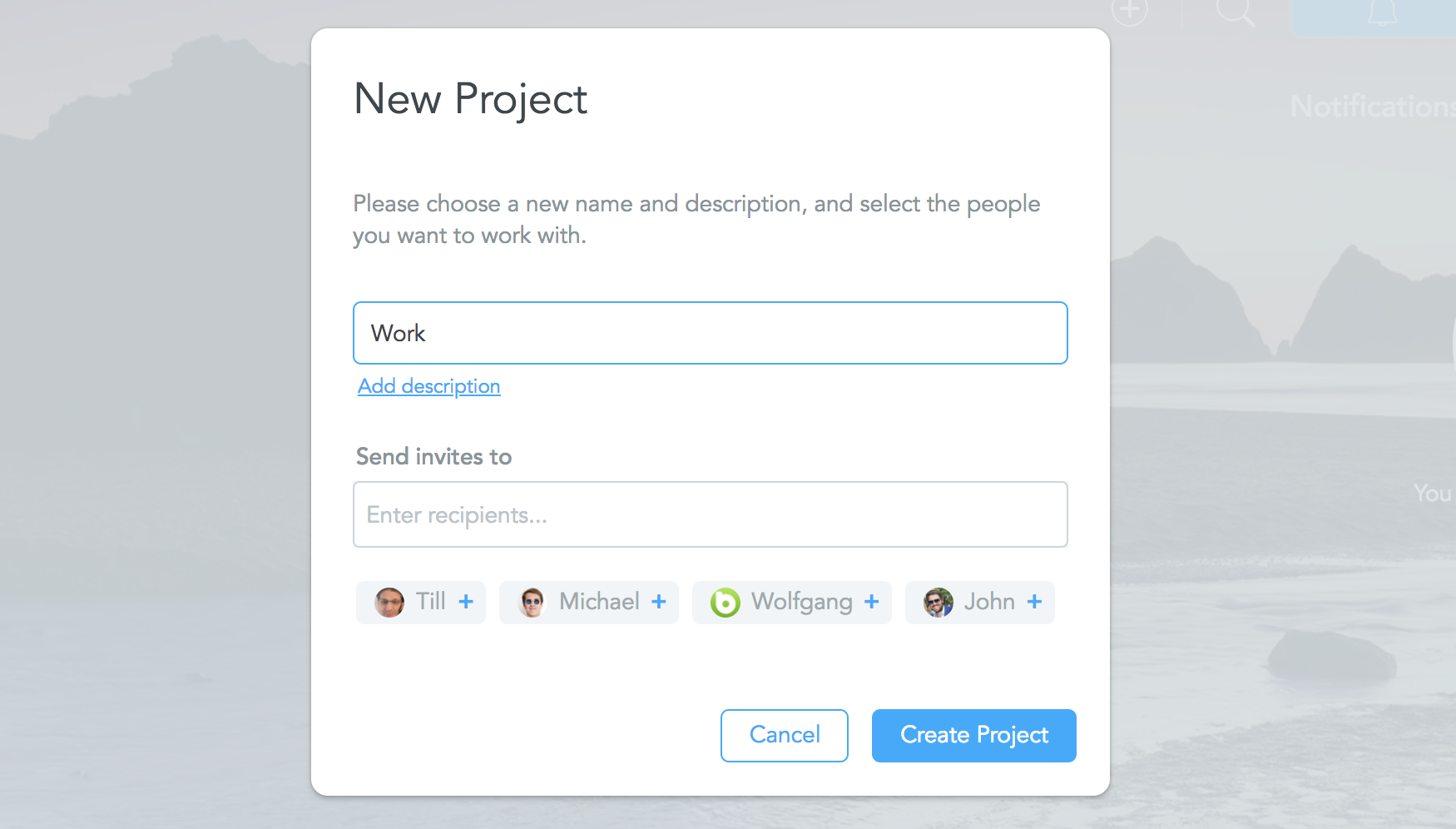 Step 8: Before opening the new project, head back to the “Imported from Wunderlist” project once more and choose a section whose content you want to move to the separate project. Hover over the colored section header until a little triangle appears, then click on it to open the section menu. There, click on the ellipsis to open the submenu, then select Move from the list. 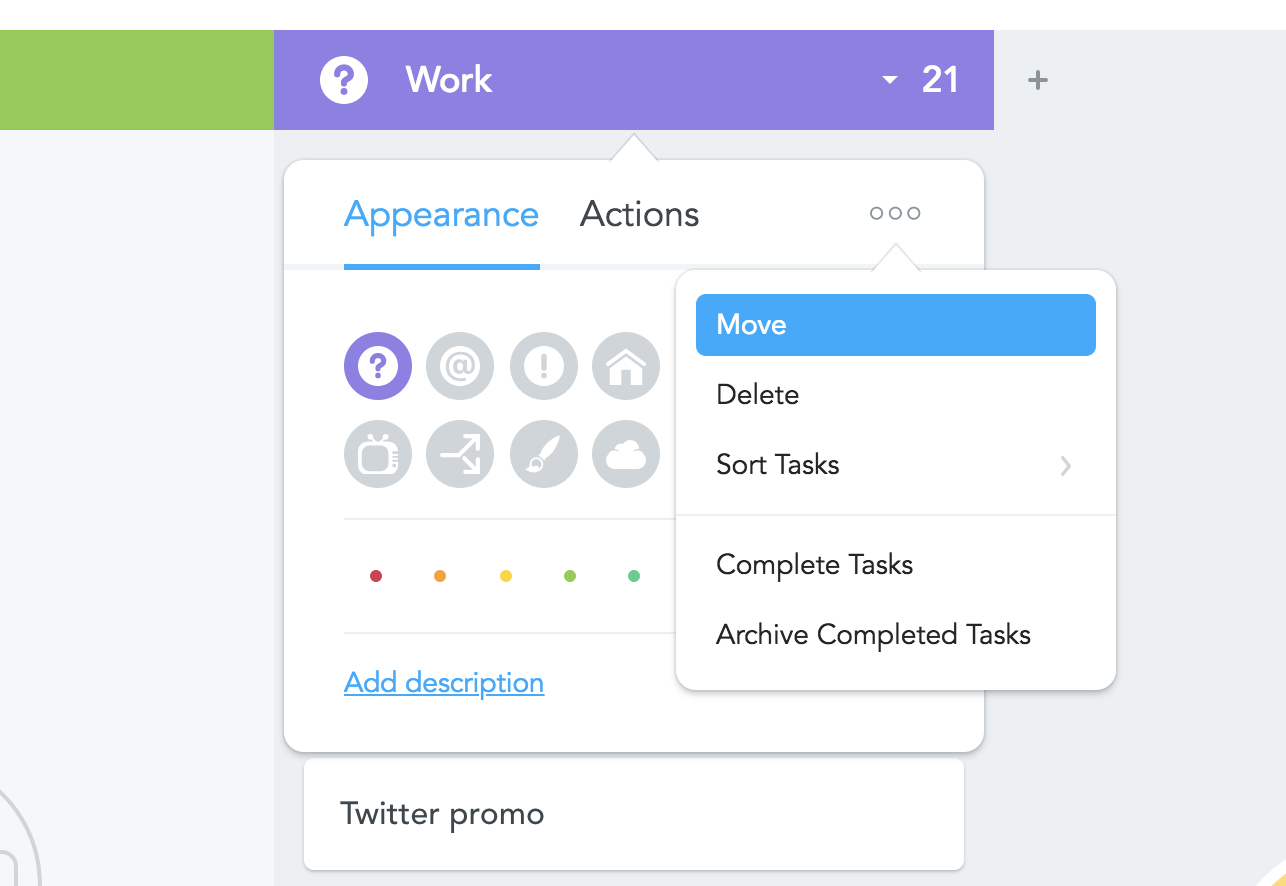 Step 9: In the new dialog that appears, select the project you’ve just created from the list and press OK. 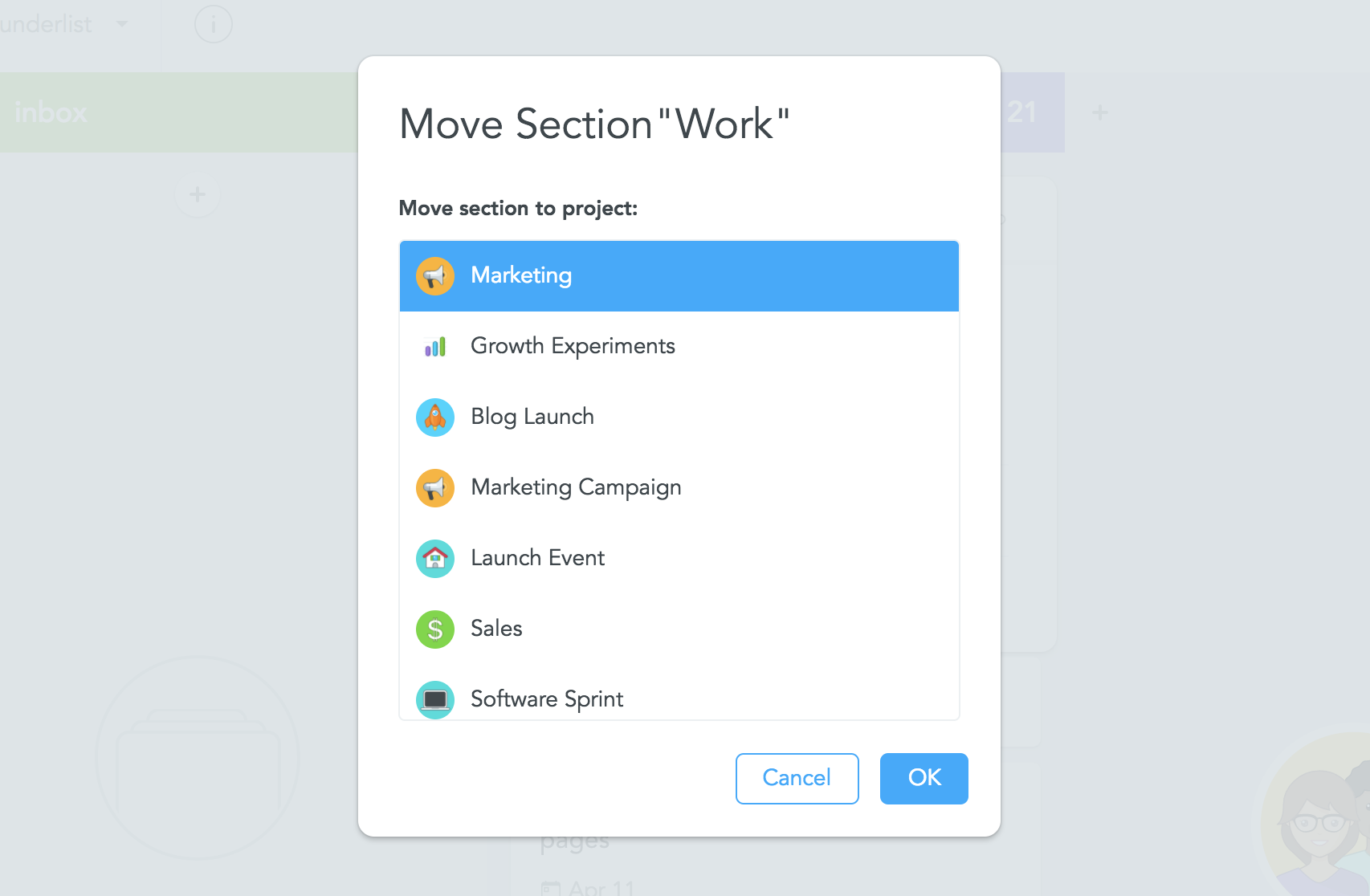 Step 10: When you open the new project, you’ll find that it now holds the entire section you chose to move, as well as three default sections called Open, In Progress and Done. You can now rename and rearrange all sections in this project, so be sure to take a minute to create your perfect workflow!

Tip: Keep the CMD / CTRL key pressed to select multiple tasks at once and efficiently move them from one section to another. This will help you distribute the tasks across the board in a matter of seconds!

When you’re done organizing your project board, it may look something like this: 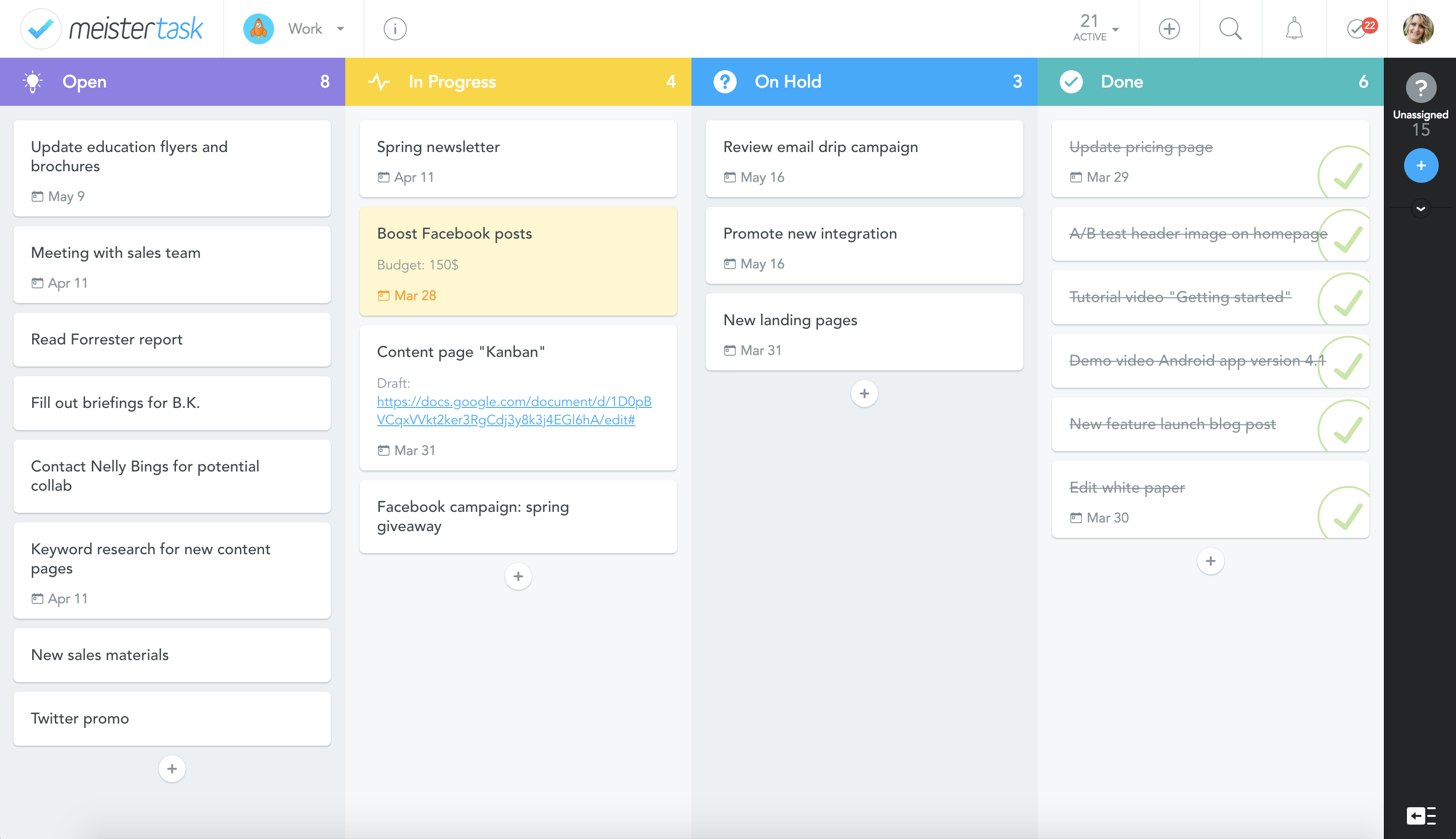 You’re now ready to get productive in MeisterTask! You can invite team members to collaborate with you; assign tasks; add attachments; start tracking time, and much more. If you’re new to MeisterTask and need a little help getting started, check out our tutorial videos on YouTube!

MeisterTask Pro offers powerful integrations and workflow automations to help you get more done in less time. Check them out!

Ready to make the leap?

Manage your tasks effectively with MeisterTask©️

Use Kanban boards to boost your productivity and efficiency!
TRY IT FOR FREE
Terms and Conditions apply
Close
Use MeisterTask©️ for Free