With the number of MeisterTask users on Android growing every day, we’re always working on ways to improve task management on your mobile device. Read on to find out more about our latest updates to the app. 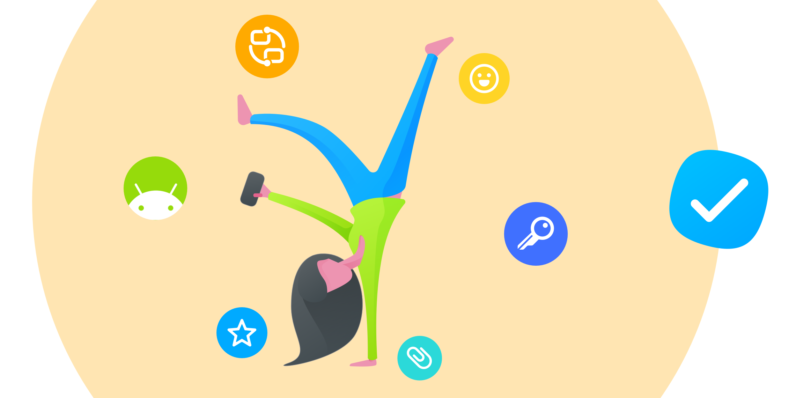 If you haven’t already used MeisterTask for Android, there’s never been a better time to give mobile task management a try. With these latest app updates, you can look forward to improved performance, a wider range of functionality, and smoother, faster projects from the palm of your hand. Here’s what’s new:

While this isn’t a new idea — the concept of “liking” comments feels as old as time — we recently decided to add comment reactions to MeisterTask for Android. This is a quick and easy way to let your colleagues know that you’re keeping up with the latest task activity, even while you’re on the go.

With reactions to comments, you can let team members know you’ve read their comments and acknowledge their input without taking up valuable space in the task activity stream. There are five different comment reactions to choose from, simply tap the “smiling” emoji with the + sign next to the comment, then select the appropriate reaction from the popover. 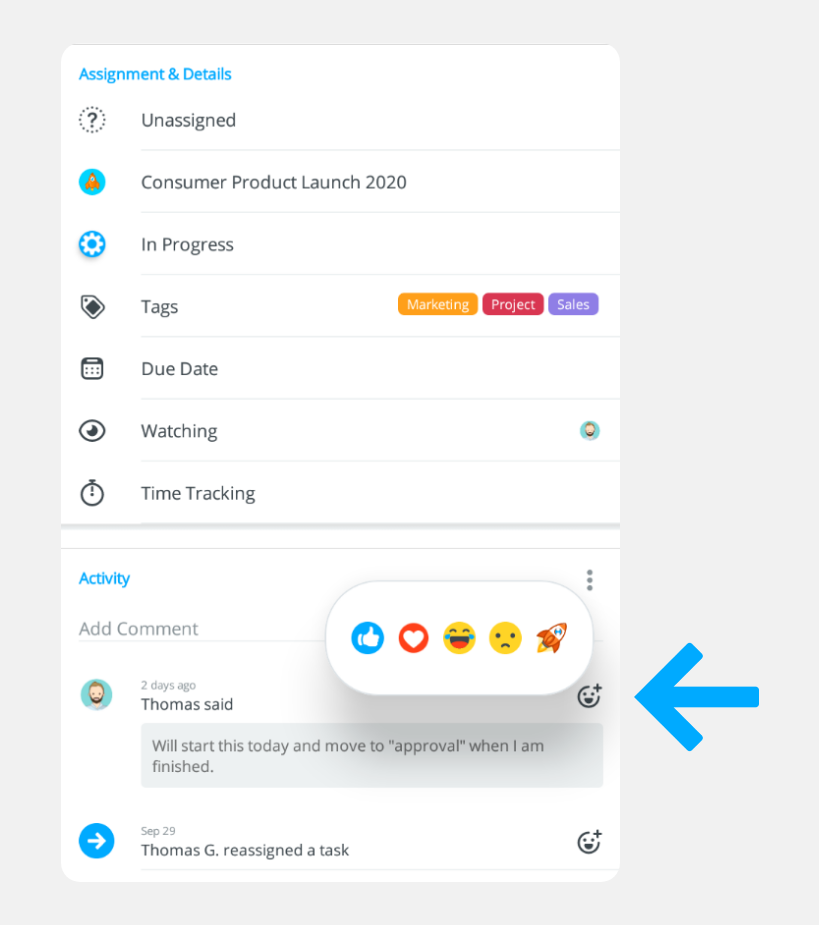 Other peoples’ reactions to comments you have made will be shown on the notifications screen.

Although the digital world may appear split between Apple enthusiasts and Android evangelists, many MeisterTask users actually use both platforms to manage tasks and projects across their various devices.

To make things easier for our cross-platform users, we’ve added the option of logging in to your MeisterTask account on Android using your Apple ID. To do this: 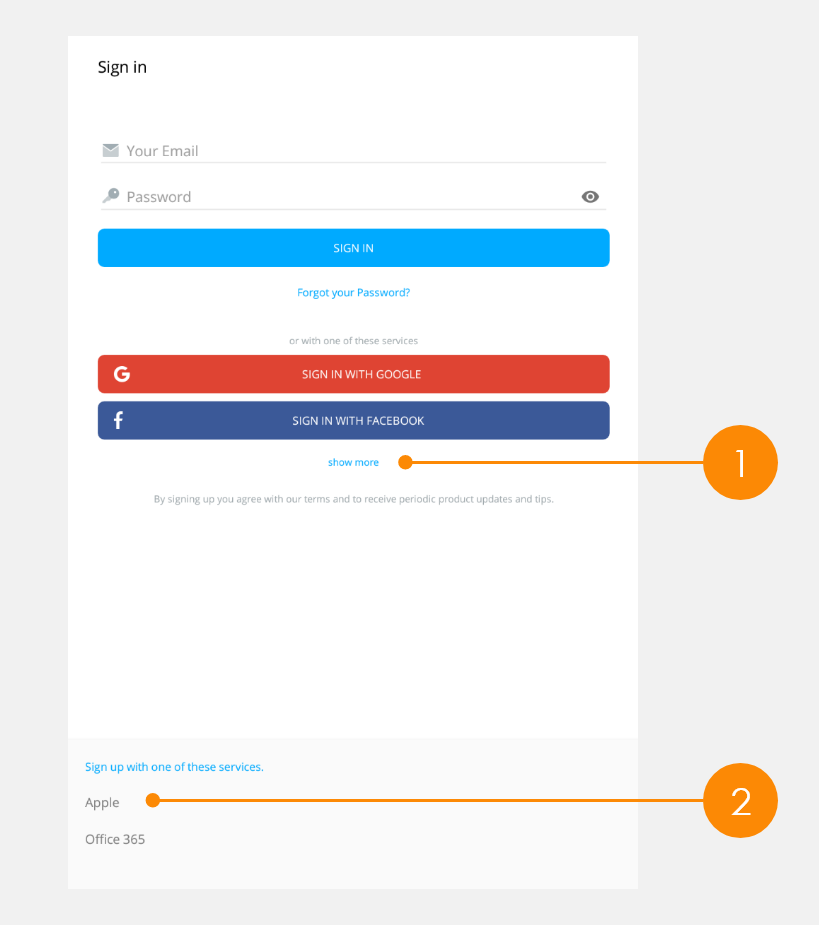 Tasks don’t exist just on their own: in a project ecosystem, many different tasks come together to form a larger workflow or development scale. As the completion of certain tasks can depend on the progress of others, being able to visualize the dependencies between tasks is a significant advantage for project members.

Tasks can have a number of different relationships to each other.

If a task is being blocked, a “no entry sign” icon will appear on the task tile of the blocked task. 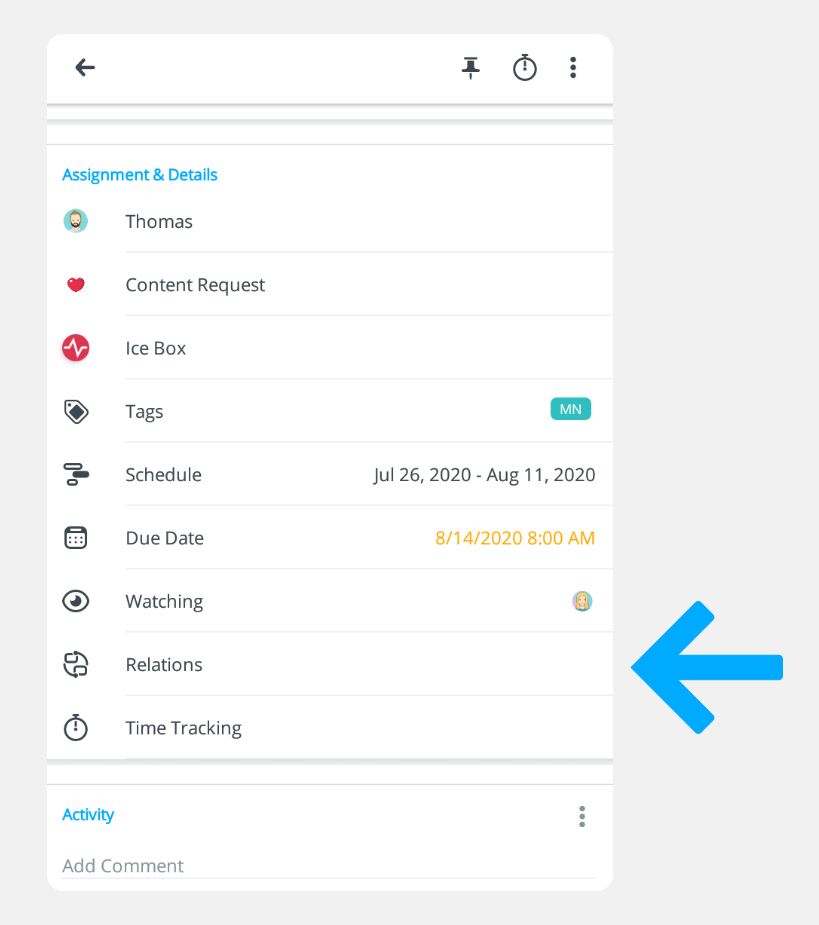 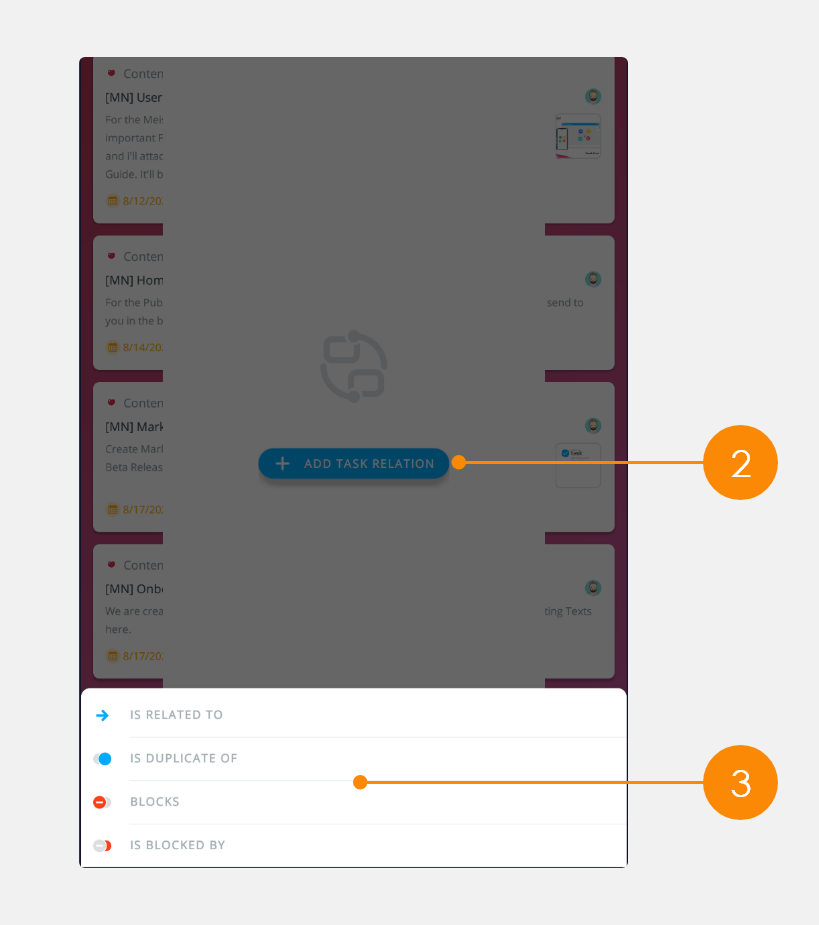 If a task already has relationships, you’ll be able to see this in task’s details. You can remove the task relationship by long-pressing the relationship on the task screen, then selecting “Delete”.

Attachments are an important part of task management for many MeisterTask users on Android. We’ve made a couple of important changes to the way attachments work, detailed below.

In MeisterTask, we use attachment icons as thumbnails so that you can easily recognize certain tasks when they are listed on your project board. As standard, the attachment thumbnail shown is from the last file that was added to the task.

However, this sometimes results in the wrong image being shown, which can be confusing and/or annoying for people looking at the task. For example, if you’re a graphic designer attaching dozens of images to a task, you’ll probably want to use a good overview image as the task thumbnail, rather than a button or another small design element.

That’s why, to make sure your tasks are as easy to understand as possible, we’ve added the option for you to decide which attachment thumbnail should be shown.

To set an attachment icon on Android: 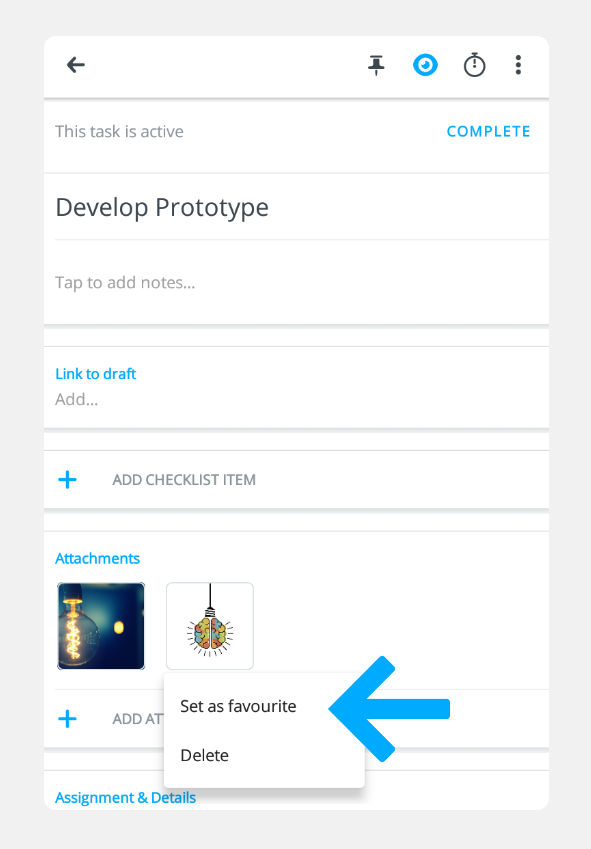 The selected attachment will be displayed as the task thumbnail until it is deselected or a new thumbnail is selected in its place. Only attachments with thumbnails can be selected.

Please note that you won’t be able to use this feature if the task is a recurring task, the task is archived or trashed, or if you only have comment or view-only permissions for the project the task belongs to.

In tasks with longer comment threads and multiple attachments, it can sometimes be difficult to keep the discussion on-topic. This is particularly true when referring to attachments: “In the attached file” is a useful phrase, unless of course there are two or more attachments on the task and you don’t know which attachment is meant.

To reduce the confusion, we’ve made it possible to create links to attachments in comments using the forward slash (/) key. This creates a shortcut to the attachment in question without the need to re-upload. 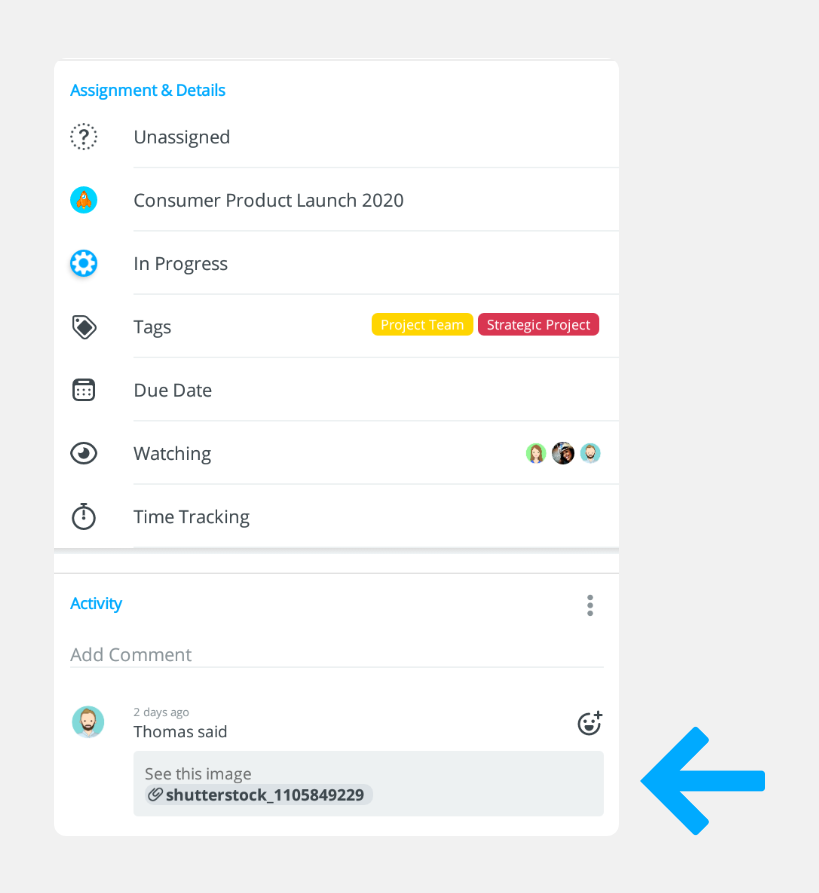 As standard, project admins are able to invite anyone who uses MeisterTask as part of their “team” to a project. As this is not always desirable, we’ve added the option for Business Team Admins to restrict invite suggestions from the accounts interface. This is relevant for people who use MeisterTask with users from multiple organizations, such as consultants.

Example: If the consultant is the team owner, members of the different teams they consult may be suggested as new project members for each others’ projects. This could become confusing and lead to information falling into the wrong hands. In cases such as these, invitation suggestions can be restricted: project owners will only be able to invite members to a project via the new user’s email address (the one linked to their MeisterTask account).

To restrict invitation suggestions. Go to My Account > Settings to change your preferences.

That’s it! With these updates, we hope you and your team will get more out of mobile task management with MeisterTask.

We’re always looking for improvement suggestions. If there are any features you’d like to see in upcoming app updates, or if there are ways we could make MeisterTask on Android better for you, we’d love to hear them. Why not leave a comment or tweet us @MeisterTask?

Better projects from the palm of your hand.

With MeisterTask for Android.

Thomas George is Meister's Marketing Content Lead. He enjoys words, punctuation and the company of fish.