Beautiful, fast, intuitive: MeisterTask’s brand-new native Android app just hit the Google Play Store. The mobile app is the perfect companion to MeisterTask’s web app, enabling you to efficiently manage tasks from anywhere even when you’re offline! MeisterTask for Android is free – get it now! 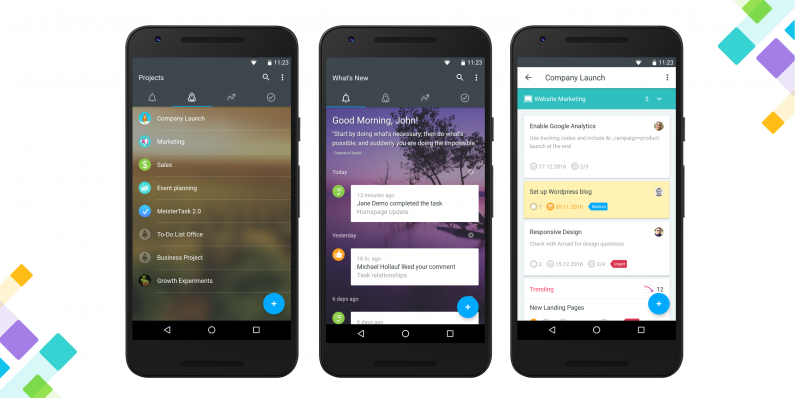 Get it on Google Play

But wait, didn’t we already have an Android app?

We did. Our previous Android app, which launched in April 2016, was a web-based app. As such it could only be used while an active internet connection was available.

Being a native app, the new MeisterTask for Android offers offline support, enabling you to access your projects and update tasks even without an internet connection. As soon as the connection is restored, data is automatically synced between the app and MeisterTask’s web version.

While you’re connected to the internet, MeisterTask of course supports real-time collaboration, which means you can stay connected with your team members and keep on top of all goings-on in your projects wherever you are.

Just like our popular iOS app (which was listed among the Best Apps of 2015 by Apple’s App Store!), MeisterTask for Android is now fast, intuitive, and an absolute joy to use.

This first version of MeisterTask for Android includes all essential features you need to be productive on the go – notifications, tasks, comments, checklists, and more. A number of advanced features, such as task relationships and time tracking, will be added within upcoming releases.

Get it on Google Play